Yoga is for everyone ! & not just white slim athletic women :)

Namaste everyone & big Aloha from Hawaii !

Since this is a time of the worldwide Corona Virus pandemic and the 'Shelter in place' and  'stay at home' orders for most people I thought I will talk about yoga for everybody. Most people who are home can practice some yoga at this time because it is one of the things that you can do anywhere , at your home , in your living room or bedroom and you do not need any equipment. You do not even need the mat if you do not have one. If you have one it helps but it is not necessary.

When I talk about yoga with someone they immediately ask me if I "do yoga" ? Then they ask me if I can do a headstand  or  put my legs behind my head or something like that.  That is the conception of yoga in the western world and in fact now due to the influence of the western world all over the globe, that is the idea of yoga throughout the world now including India, the cosmopolitan folks in the metro cities of India . Sad but true !  Yoga is from India . It is actually a core value system of traditional civilization that flourished thousands of years ago in India.

It is SPIRITUAL in nature .

It is not an exercise form. The exercise part , the asanas, is probably just 5%. There could be volumes written on this topic and in fact there are perhaps libraries full on literature on yoga philosophy definitely thousands of books and scriptures on this. The Upanishads, Bhagavad Gita and such. Those are about other philosophies which are also yoga, like Raj Yoga, Karma Yoga, Bhakti Yoga etc. The word yoga actually means a connection , or a union, connection or combining.  It is about the mind and body, your soul and the universal spirit. 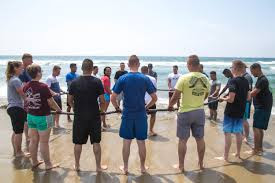 I once asked a couple of second generation American-Indian kids, whose parents migrated from India and so they are pretty close to the Indian culture, but I asked them what they knew about yoga.  You know what their answer was ? It kind of shocked me . They said - it is an exercise form which white slim athletic American women do ! I could not believe my ears, but later on I realized that they were correct from their perspective because that is what they have seen in their real world and on TV and movies and such !

Asana is the physical exercise part of yoga.  There is a lot to write on this topic but I will end here.  I will post other articles on this subject and related topics  ongoing. Hope you like it. 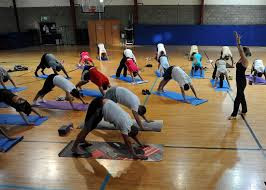 All I can say is that - Discover yourself ! Try it out. Welcome to the world of yoga !


My related posts on this topic -

On starting your daily practice:
http://neelsarkar.blogspot.com/2019/01/steps-for-beginners-how-to-include.html